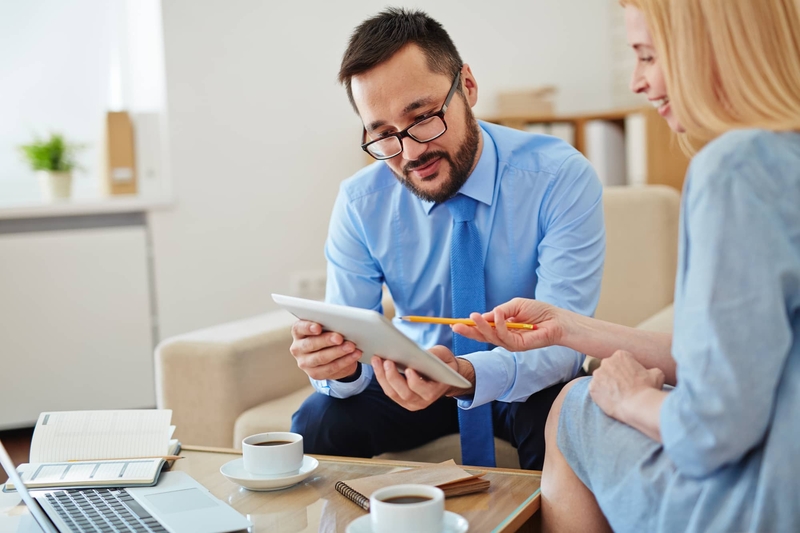 The first step to understanding the concept of dividend stocks is knowing the term’s meaning. So, here we go: dividend stocks are equity of companies that distribute part of their profits to shareholders regularly. Depending on the company, shareholders receive this payment either as cash or additional shares.

A company has to be profit-making before it can promise and deliver dividend payments to shareholders. Most if not all of the dividend stocks are companies established enough to sustain such a program.

Dividend payments’ purpose is twofold. First, the regular payments allow shareholders to build long-term wealth by staying with the same stock for longer. This way, the program creates a bond with the shareholders.

Secondly, dividend payments are a tool of attraction for even more investors. Recall the laws of supply and demand and how they interact with the price of products/services. The more investors want to buy a certain stock, the higher its price climbs.

Relationship between dividends and stock prices

Now that we are essentially speaking about dividends, you should know that these payments influence a stock’s price. In the first place, a stock is often popular when the company has a great history of dividend payments. What do we mean by this?

Looking at the two companies, one notices stability and predictability in Company A, something that Company Blacks. In this scenario, Company A’s stock price is likely to remain stable and continuously grow, unlike Company B’s, whose volatility might sometimes be unbearable.

Why should you have dividend stocks in your portfolio going into 2021?

Dividend-paying stocks rhyme with stability. These stocks resemble bonds because we can liken the dividends to bond coupons. Even as you wait to benefit from the possible appreciation in the price of the stock, the possibility of earning a fixed income brings peace of mind.

In other words, dividend investing is akin to killing two birds with one stone. On the one hand, you have a steady stream of income while, on the other hand, you enjoy ownership of the company.

Additionally, dividends could be a tool to hedge against inflation. How do dividends maintain inflation’s pace? Higher prices often translate to higher profits. In such a case, dividend-paying companies will also raise the dividend amount they pay, assuming they maintain the payout ratio.

Things to consider before investing in dividend stocks

Yield is a technical term for return on investment. The yield is the payment you get for every dollar you commit to the stock at the current dividend rate. The simplest way to reckon the dividend stock yield is to divide the cash dividend (if the company pays in cash) by the stock’s price. Dividend stocks with high yield rates are ideal for dividend investing.

Investing doesn’t have to be complicated or mysterious, and here we break down all the major information you need about investing in Canada.

Close to two-thirds of Algonquin Power’s business centers on electricity, natural gas, and water, essential utility businesses. The rest of the business deals with renewable energy operation, development, generation, and distribution. Regardless of the economic situation, people will still need water, electricity, gas. As such, demand for Algonquin’s services has a strong base, and renewable energy is likely to elbow out dirty energy such as oil and coal in the foreseeable future.

Lastly, AQN currently pays a 4% dividend, which means the company has plenty of runways to grow the payout ratio with time.

TELUS is not only a dividend stock but also a growth stock. Particularly attractive about the stock is the number of attractive opportunities lying ahead. For example, TELUS is laying the groundwork for a major broadband coverage network via the TELUS PureFibre network because the current network is not as extensive as it should.

Further, TELUS just raised dividends to 7% from 5%. Given TELUS’s growing capacity to increase income and digital business opportunities, the company has great potential to continue increasing the dividend in many more quarters ahead.

Granted, the Royal Bank of Canada is not a growth stock. The stock has been paying dividends for over one and a half centuries, whose payout ratio now stands at 54.9%. The dividend yield is also at 4.4%, which is high enough in comparison to the industry average.

Obviously, RY offers dividend safety and stability, making it a useful addition to your portfolio.

Fortis has significant operations in the utility sectors of both Canada and the United States. The business’s income reliability makes FTS a popular dividend stock, especially in the current uncertain times.

The company’s business is low risk, diversified, and highly regulated. With a 72% payout ratio and a dividend yield of 3.6%, Fortis should become increasingly popular this year. Plus, the company has a history of raising the payout ratio, having done so for the last 46 years back-to-back.

Before you invest, educate yourself and look at your finances to determine what you can invest in the stock market. Learn the basics of how to invest in stocks for beginners here!

What are dividend stocks?

Dividend stocks are those that share part of their wealth with their shareholders regularly.

What should I consider when looking for dividend stocks?

You should make various considerations when looking to invest in dividend stocks, including yields, dividend safety, and the growth rate of the dividend payments.

What can I expect to benefit from owning dividend stocks?

Dividend stocks offer passive income, which means the stocks can be used as a tool for inflation hedging. Also, these stocks enable you to kill two birds with one stone; that is, you get regular income and give you ownership.

Why is dividend investing a good strategy?

Dividend investing is a great strategy, especially in an environment of uncertainty. Such stocks help to reduce the risk in your portfolio.

Ruchi Gupta is an experienced researcher and analyst who has worked with some of the largest financial institutions in Nigeria and India. She holds a first degree in Accounting and Post Graduate Diploma in Business Administration. As a writer, she specializes in the Canadian financial sector and global stock markets.