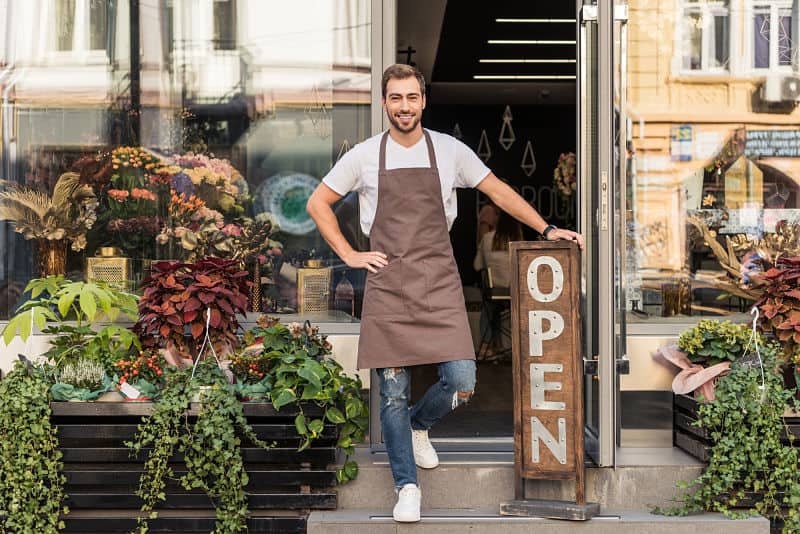 Paul Pitcher’s boyhood dream came true at the age of ten, when the WWF chose him from an international WWF contest to spend the weekend with his favourite WWF wrestler, Calgary-born and Canada’s very own, Bret “Hitman” Hart.

So when Pitcher considered building a new branch of his successful, Washington-D.C.-based alternative lending company north of the border nearly twenty years later, he called up the only Canadian he knew. 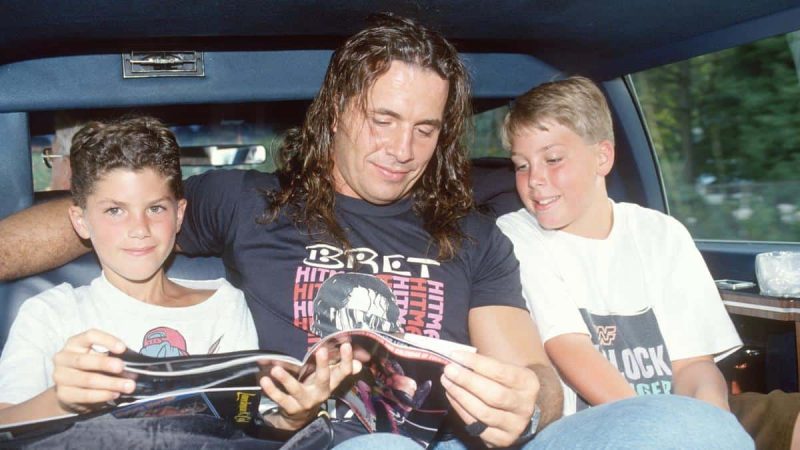 “His name in my mind is synonymous with winning and success, so if I’m going to brand a company in Canada, nobody knows who I am but at least they know who the Hitman is,” says Pitcher.

Pitcher founded First Down Funding in June of 2012 in Washington D.C. in order to help small business owners acquire the capital they needed to be successful. Things were going well in his native country until the industry began to get a little crowded. “It almost felt like people were drowning there was so much competition. I truly felt that in order to keep helping small business owners everyday, I am going to have to completely change my model. Branching out to another Country (Canada), was the last thing on my mind” he said.

Pitcher recalls the date June 6th, 2015 with enthusiasm, as its etched in his mind as the date that everything changed for him. On that day, as he was over prepared for the onslaught of funding applications coming in by the minute in the United States, but the most unique thing occurred as he received over 25 applications from small business owners based in Canada.

“The light bulb went off, and it was bright” Pitcher said. “This happens only a handful of times every year, but I’m thinking to myself ‘I love what I do, I’m great at what I do, what can I do outside of the U.S.?” he says. “I started feeling this market in Canada was similar to what it was in the States in 2012; a growing, expanding market.”

Pitcher saw an opportunity to start a new business in a new country with all the same opportunity he enjoyed when he founded First Down years prior. The only problem is that he had never been to Canada, didn’t know anything about Canada, and had only met one Canadian before in his life.

After getting in touch with the WWE superstar—who remembered Pitcher and their weekend together decades prior—The Hitman signed on, flying down to Washington, DC to help put together some marketing content and become a brand ambassador. 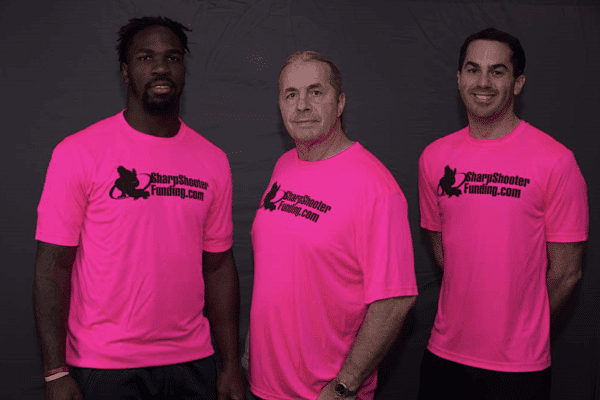 In return, Pitcher named the company after Hart’s finishing move. “Bret Hart, at the end of his matches, he’d put this leg lock on called the SharpShooter, which is where the name comes from,” he says.

Soon after Pitcher was back and forth from DC to Toronto every month or two, and SharpShooter Funding opened its doors in August of 2015, offering a range of lending products to Canadian small businesses from coast to coast. Such products include short- and long-term funding, working capital, unsecured funding, business expansion funding, bridge funding, commercial financing and more.

Canadians can begin the application process by calling 866-644-1353 or by going to sharpshooterfunding.com and filling out the brief sign up form on the home page. Other than basic information like name and phone number they only need to enter how much money they need, how soon they need it, how many years they’ve been in business and their average monthly revenue in order to get started.

Pitcher adds that the company typically reviews 12-months worth of business banking history and requires 100% ownership by the applicant or applicants in order to be approved, and approves roughly 75% of all applicants.

“We like to fund same-day, but it’s all about how transparent and expedited the business owner is with us,” he says. “As long as everything is done correctly on your end, you’ll have the funds within 24 hours.”

Unlike other alternative lenders, however, rates are determined on a case-by-case basis by in-house underwriters, rather than being processed by an automated system. Pitcher says prices begin at prime plus two, with an average rate of between 8% and 15%. Higher risk financing, he says, typically falls between 12% and 15%.

Since the company was founded in Canada in August of 2015 they’ve provided nearly $39 million in funding to almost 4,000 Canadian small businesses. While the company could technically service even more clients, Pitcher fears taking on too many will reduce the personal touch that customers have come to appreciate.

“If I was in this industry for the dollar, I’d be gone by now; I’m actually here to help,” he says. “I want to help 20, 30, 40 business owners every month in this country. Do I have time to help more? Yes, I do, but I want to actually put a plan together so the business owner can receive financing in an immediate fashion, and over the term we can put together a plan for them to use our funding in an appropriate manner.”

Pitcher adds that Hart is still an active supporter of the business, but after four years in Canada he’s far from Pitcher’s only friend north of the border.

“It’s an honour to be able to work and operate in another country,” he says. “Canada didn’t need to accept me, but they have, and I appreciate that, and I promise to give back every chance I can to Canada and more importantly, the Canadian Small Business Community.”

Click here to apply for Business Financing from SharpShooter Funding